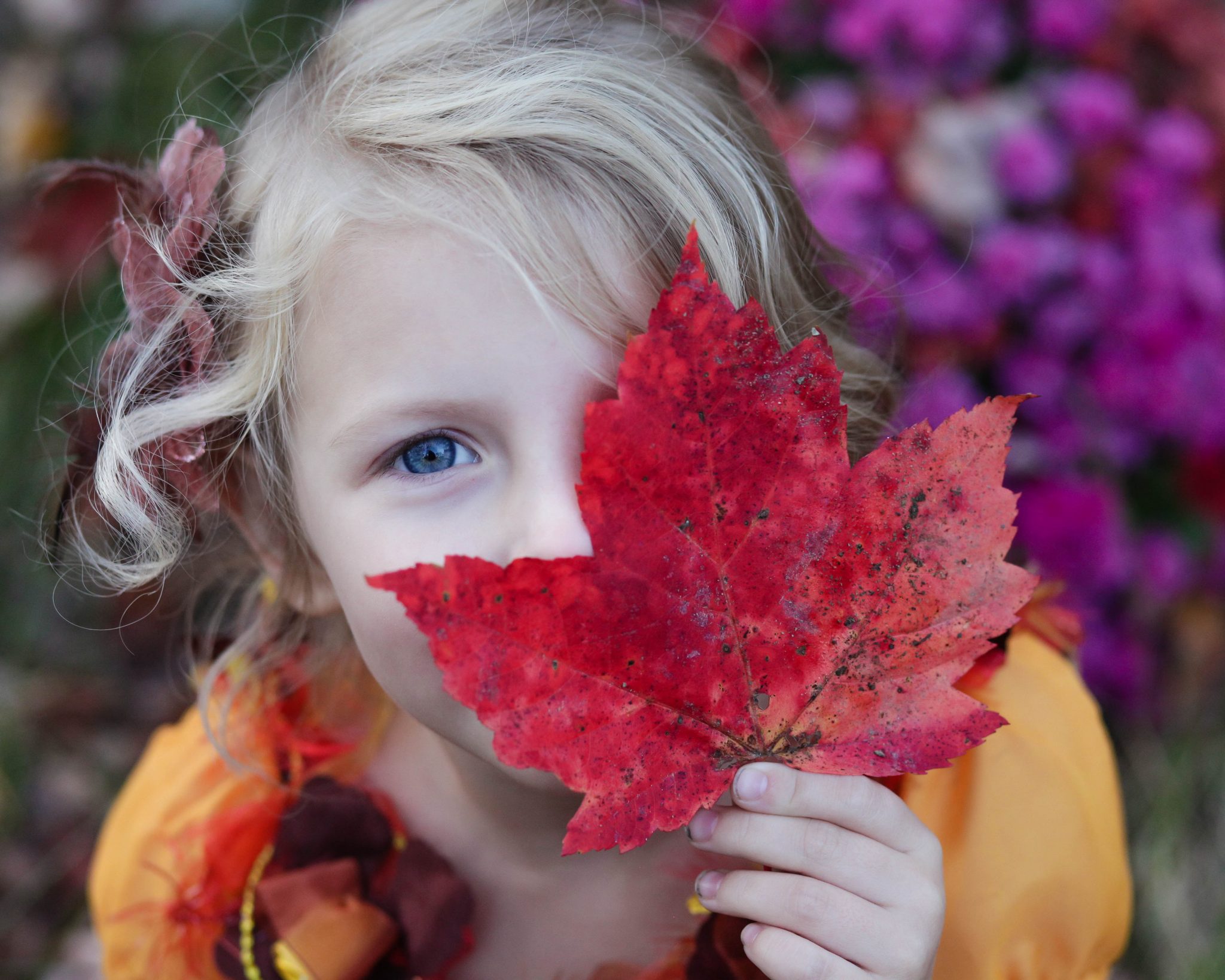 In whose eyes do you wish to be seen as ‘first’?  This question is one of those that I imagine lies somewhere in the background of the mind of each one of us.  For from the time of our birth we learned that the only way we got what we wanted was for our needs to be first on the list, for our wishes to be the ones others focused on and met, either by how loudly we expressed them, or by how insistent and unyielding we might have been in doing so.  We learned that it was a good thing to express ourselves in such a way as to gain the approval of others or at least to get them to acquiesce to our demands.

Probably all of us have aspired to be ‘first’ at some point in our lives.  Every one of us has most likely had a moment when we wanted to be the one who was a success, the one that others looked up to.  In so many ways the approval of others has such a strong hold on us whether or not we care to admit it.  To be acknowledged as successful or good, or important in the eyes of others is almost like an addiction.  In fact, there are those who say that the approval of others is one of the primary motivating factors in how we conduct our affairs and in how we present ourselves to the world around us.  As though all of what we do or say revolves around how we might improve our own lot, our own happiness, our own security…how we might be seen in the eyes of others.

And truthfully it is hard to refute that, given the ways in which we seem to look up to those in power, to those who are strong, to those who have the wealth or the means to control the affairs of others for the good, or for the bad.  In some sense the ability to be on the ‘top of the heap’ is seen as the better position.  Not that unlike the childhood game I imagine all of us played at some point that was known as ‘King of the Hill’.  You know, where one person sought to stay literally on top of something, perhaps a high point of ground, and to do so by physically throwing all challengers aside and back down, if not all the way to the bottom, at least to a lower place on the hill.

In whose eyes do you wish to be seen as first?  Who is it that is on the top of the hill in our society today, who is it that holds the highest position, who is seen and acknowledged as ‘first’?  Who is in charge or in power, the one to whom others look up to even if in truth they do not have a choice?

Which sounds sort of important…but also seems to be something that not a lot of people are actually engaged in doing, at least in the way implied in our scripture passage.  As stated earlier, it seems as though the bulk of individuals around us are rather seeking to be first all on their own and to be so in the eyes of others, in the eyes of their peers.  For being on top of one’s personal heap or one’s personal hill seems in many ways to offer a more concrete sense of security.  Wealth, or even a moderate over-sufficiency of resources often blinds one to concerns about the future, for wealth is seen as the ultimate personal security against future want or calamity.  If we have enough for ourselves, perhaps we can then afford on occasion to give a hand-out to the needy, or take some time to go and serve others on our time off…

I’m reminded by how addictive this desire for personal security can be, by how much we can be lured into trusting in our ‘things’, our ‘money’ or our ‘savings’, by an article I read recently regarding the conversion of decommissioned ICBM silos into high-end secure condos to be used in the event of a national disaster or even a nuclear attack.  These ‘apartments’, built into this huge hole in the ground are self-contained units, actually communities which have all of the things required to live safely and apart from the horrors of a society or world gone haywire including a five-year supply of meals-ready-to-eat.  The only drawback I see to these multi-million-dollar safe houses in the Midwest, which are selling out as fast as they are constructed is what these ‘groundhogs’ are supposed to do after five years have passed…other than perhaps to starve their way into sharing the fate of their poorer neighbors topside some years earlier.

But all kidding aside, Jesus was serious in proposing that the better way, the way that would lead eventually to a day when there would be no need for ‘safe-houses’ is that of learning to be seen as first in the eyes of God, rather than in those of the world.  And, as in many of his other teachings in the gospel accounts, Jesus’ words are laying waste once again to ‘conventional wisdom’, turning current notions of success and achievement both then and now, on their heads.  Saying instead that true goodness is found in being willing to put oneself last in the eyes of the world rather than first, trusting in the goodness of God as a source of security and provision rather than depending solely on that which can be accrued through one’s individual efforts or good-fortune.

However, that was not an easy message to hear, and perhaps even more difficult to believe in and to follow.  For the disciples felt they had already given their all in leaving behind their previous lives, families, and vocations to follow along behind this truly radical preacher.  And as those of the Hebrew faith, they had a long history of waiting for God, a long history of the many times God had reached out to them and rescued them in the past from extremely difficult circumstances.  And now yet again they had found themselves under the oppressive heel of another subjugating power, making this yet another extended period of waiting on divine deliverance.  And then, along came Jesus who many were suggesting might actually be the one they had been waiting for.  And with time and with constant observance of the life and works of Jesus the disciples became more and more convinced that they had signed on with the winning team in what seemed to be a developing showdown between him and the reigning powers of the day both religious and political.

And in spite of the repeated warnings Jesus gave them regarding the perils of trusting in worldly wisdom and worldly ways, the disciples still seemed to struggle with the deep truth consequences of Jesus’ message whenever it ran counter to the blessed future and now even ‘royal’ narrative they were living and seeking to write with their own lives.  They were sure that every day with Jesus seemed to be an even better day for their future as the works of Jesus made them feel as though they were following after one who was shortly going to overturn the powers and oppressors currently holding them down.  And not only that Jesus would be the new and reigning King blessed by God, but that they would be installed as well as those who would hold seats of power and influence, and yes, wealth right alongside of him. In other words, they would be the new ‘Princes of the Hill’, the ones now held in great envy in the eyes of the world.

And as we know, they believed in the right person, but their narrative of future and royal blessings was far different than the actual experiences they all encountered after the crucifixion and resurrection of Jesus.  And I am not sure, but I would bet that many times later on they would reflect back on these words of Jesus concerning who would truly be ‘first’ and ‘last’ and wonder if it would ever feel as though that were actually the case.

And it seems as well that the powers and forces that were arrayed against Jesus as he proclaimed those teachings are still just as strong and just as dominant today.  In fact, it seems as though in many regards that not much has really changed, as if the words of Jesus regarding who would be ‘first and last’ is still either deeply misunderstood or deliberately ignored.  We still allow the power of wealth and privilege to overrule the power of compassion and kindness.  We still hunger after the world’s approval which is tangible and present rather than seeking after the eternal approval of our Lord properly served and followed.  We still seek the top of the hill even if it means standing on the shoulders or backs of those who labor to insure our comforts or whimsical appetites.  We still put up vast savings, by the world’s accounts in order to insure a false sense of security and future provision.  We still pass by on the other side of the road far too often when traveling the road down to Jericho, thereby avoiding every modern-day ‘Samaritan’ who might lie beaten or injured by the side of the road.

Jesus’ call to turn the wisdom of the world on its head remains the call upon each one of us today.  His words to trust in him and to take the lesser position while trusting in the guidance and provision of God in doing so are still in force and still the road to grace and goodness.  Each one of us is asked almost every day if we wish to be seen as ‘first in the eyes of the world’…or if we wish to be known as those who are ‘first in the eyes of their God’…

…they are not, and can never be the same…

Photo by Gabby Orcutt on Unsplash