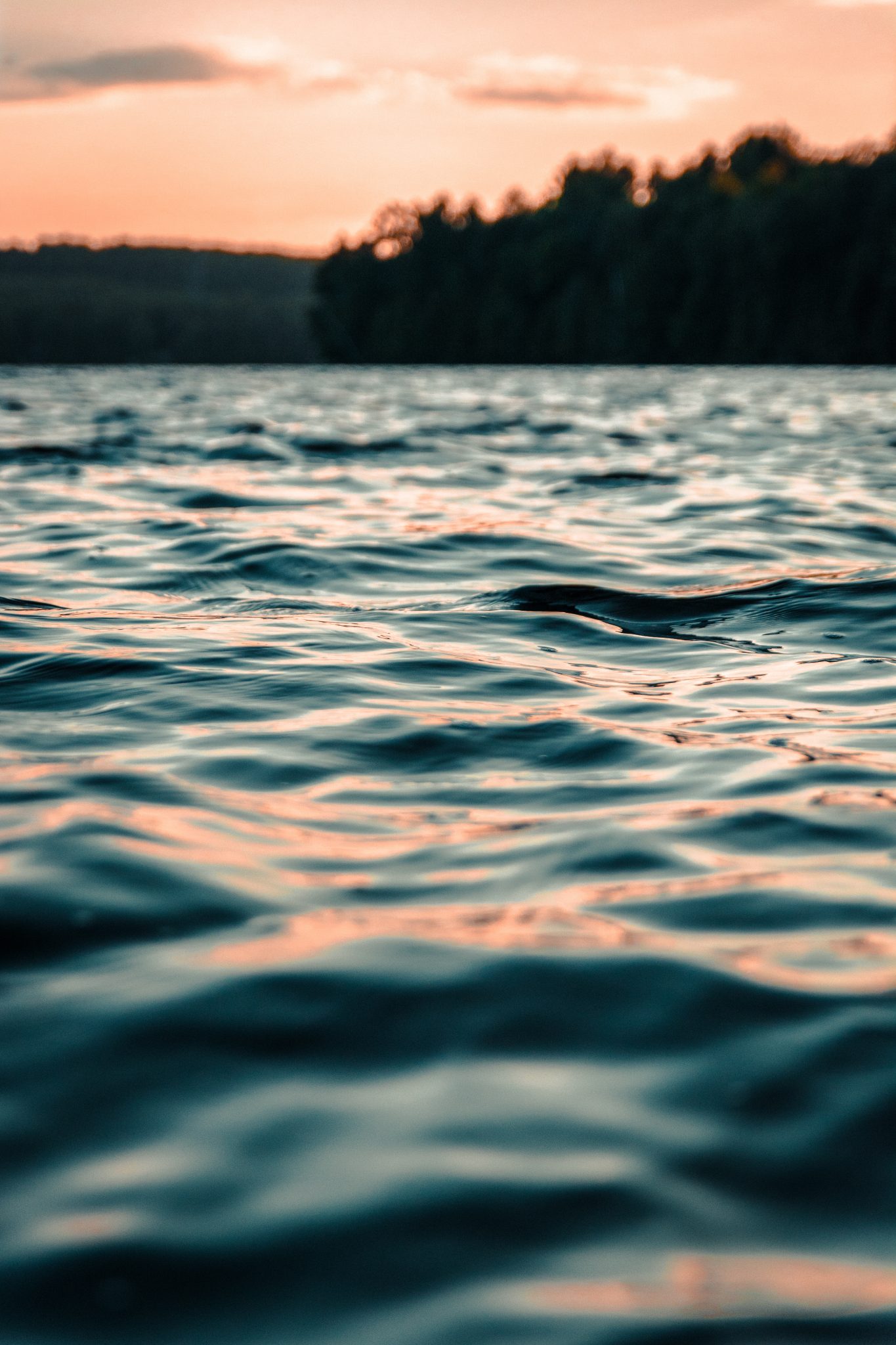 Simon Peter looked longingly towards the hills where they had watched Jesus walk off all alone several hours earlier.  He had always taken time to withdraw by himself and to pray, but this time it seemed somehow different. In the last couple of days Jesus seemed to be much more disquieted within, as though the burden of their work together was starting to take a real toll on him.

It had been an absolutely horrendous week starting with his rejection in his home town of Nazareth.  Old friends and family turned against him as almost nobody seemed willing to believe that his ministry and message could possibly be from God.  They ridiculed him and his work saying he was ‘just a carpenter’s son and surely nobody special’.

That in itself would have been bad enough, even though Jesus was used to being rejected by many who heard him, for his message seemed to turn the Hebrew faith on its head with his insistence on reaching out and ministering to those normally rejected as unfit, outcast, or unworthy.  But when the news came later in the week that King Herod had ordered his cousin John the Baptist killed as a party favor for his step daughter Herodias, Jesus seemed deeply hurt and exceedingly depressed.  Jesus had loved John and felt a special kinship with him as together they worked to pave a new way forward towards a real and loving relationship with God.  After Jesus heard the sad news he went off all alone once again.

However, solitude was not his to have as the crowds saw where he and the disciples went and began to gather nearby hoping to see Jesus and to hear his words that so stirred their hearts and imagination.  Seeing the growing crowd on the hillside below him Jesus was moved with compassion for them and asked the disciples how they might somehow be able to give them all something to eat, for surely, they had to be hungry after following along behind them all day.

At first the disciples were puzzled at his question for it seemed an impossible task to feed them all as the crowd numbered well over five thousand men along with women and children. Peter’s brother Andrew happened to notice that a little boy there had some bread and a few small fish and remarked offhandedly that perhaps those could be used but surely they would not even begin to make a dent in what was needed.  Jesus however already knew what he planned to do and, ordering the crowd to be seated he went over and asked the boy for his meager rations.  After giving thanks to God, Jesus then blessed the bread and fish and gave it to his disciples to hand out to the crowd. And then quite suddenly, everyone began to murmur and watch in amazement as the offering seemed to multiply right before their eyes, with the bread and fish somehow expanding to meet the need of everyone there as it was given out one to another.  Amazement and wonder grew as everyone watched this latest miracle at the hand of Jesus, convincing many of them that indeed this teacher was the one they had long hoped for.  And as the disciples gathered up all of the leftover bread and fish a small contingent of the men their started talking among themselves hinting that they felt Jesus should go with them into Jerusalem and should somehow challenge Herod as the rightful king over all of them.  Sensing what they were about to try and do, Jesus found the little boy whose lunch he had shared and after thanking him and sending him home with a full basket of leftovers left them all behind, as he stole away off into the hills alone.

And now, as Peter stood there looking off into the hills, he was not sure what the disciples should do.  It had been a couple of hours since Jesus had gone off alone and the crowd had long since gone back to their own homes leaving the disciples there all alone by their boat on the shore.  Turning to the other disciples Peter said to them, ‘I think that perhaps we should head back home before it gets too much later.  Jesus will find his way back whenever he is ready.  It has been such a long week I think he needs some time all to himself’.  Everyone agreed and after getting into the small boat they pushed off and headed back across towards Capernaum and Peter’s house which had come to be the gathering place for them all in recent months.

Darkness descended on them rather quickly as they rowed along for they had waited so long for Jesus to return to them.  And with the onset of nightfall a strong gusty wind began to blow down the lake from the north turning the surface of the previously calm lake into a choppy froth, making it difficult for the disciples to make any headway towards the other side.  The disciple bent their backs to the task however and continued their slow pace across the increasingly restless lake.

And then about three or four miles into their journey and getting close to the end of their strength and their ability there suddenly appeared to be someone walking towards them on the surface of the water.  Struck dumb with terror at what they were seeing, the disciples stopped rowing as the apparition drew closer.  Clutching one another and the sides of the boat to keep from falling into the waves now rocking them from side to side they watched as the figure drew nearer.  They were slightly comforted as they realized that the figure looked like Jesus, however they had trouble believing that it was truly him actually walking across the surface of the choppy water.

Sensing their fear and discomfort Jesus called out to them when he was still a few yards away from the boat saying, ‘It is I, do not fear’.  But Peter was not so sure and replied, ‘If it truly is you Lord, command me to walk to you on top of the water as well’.  Jesus said to him, ‘Come’.  Gingerly stepping out of the boat onto the surface of the choppy lake Peter was amazed to find that it felt firm and seemed able to support his weight.  Standing up he began to walk across the lake towards Jesus.  The other disciples were amazed and still speechless as they watched Peter walking on the water.  Suddenly a strong gust of wind blew Peter almost off balance and looking down he suddenly sank right down into the water now threatening to overwhelm him as his clothes began to pull him under the waves.

Terrified he called out to Jesus, ‘Lord, save me!’  Jesus immediately reached out his hand and lifted Peter back up onto the surface of the water now once again firm and supportive.  Looking at Peter with the deepest of compassion Jesus asked him, ‘Peter, why do you fear?  Why did you doubt? Why did you look down?’  And then, as they drew near to the side of the boat the two of them climbed in and immediately the winds ceased and the surface of the lake became much less rigorous and choppy.  A strange calm and peacefulness descended on them all as they each offered thanks for their amazing deliverance and the gift of once again witnessing an unfathomable miracle.  Each of them now knew deep within that this truly was the Son of God.

…this is the word and the story of our Lord…amen

‘Peter, why do you fear?  Why did you doubt? Why did you look down?’  This is a question Jesus might ask each one of us in these crazy and uncertain times.  And I can’t fault the disciples for their reaction to Jesus, for certainly they had seen some pretty amazing and unbelievable things in their travels with Jesus, because I think we all tend to doubt more often than we would care to admit.  And especially over the past several months, we have been challenged as people of faith to sort through all of the conflicting reports and disparate information in our search to hear the voice of God and see the hand of God at work among us all.

Truly many of us have had difficult times over the past year or more and have been forced to weather circumstances which have made even the normal ebb and flow of life seem difficult if not close to overwhelming at times.  And yet Jesus still calls us to believe and to step out in faith as we seek to find our way forward in the sometimes-blustery storms of life.

And especially of late when the very fabric of what is true and what is not true, what is seen and what is not seen is called into serious question…when that which we are sure of is challenged almost daily by someone somewhere…our ability to step out of that boat becomes increasingly critical if we are going to stay above the waves that might otherwise engulf us altogether.

But to do that we need something to stand on…something that will support us even though it is there only by faith…we need our own place upon which to stand firm.  The Greek mathematician Archimedes who lived some two hundred years before Jesus’ birth is famous for saying, ‘Give me a place to stand, and I will move the earth’.  This principle, that we need to be sure of something, of at least one thing for reference by which we can interpret and understand the rest of what is going on around us is critical for those who still seek to share that God is indeed good, that God loves all unconditionally, and that God has a heart for justice and for the release from oppression of all his children.

If we stand on this…if we believe that God is love and that all of our actions and words must reinforce that truth…if all we do somehow lifts up the truth of God’s passion for forgiveness, inclusion, and the just and equitable treatment of all peoples no matter where they are from, no matter the color of their skin or the language they speak, no matter if they are a member of any marginalized population within our society…if our love, like that of Jesus, knows no bounds…then we will have secured a place upon which to stand for good.

If, however we forget for a moment…if we lessen our passion for justice and love…if we take our eyes off of the one who bids us ‘Come’…if we look down instead of up, even for a minute, we may find ourselves sinking and becoming overwhelmed by the frothy waves of all that would seek to confuse, divide, and exclude.  However, like Peter we still have a Lord who is quick to reach out and lift us up, back up out of the engulfing waves, setting our feet once again on the solid ground of faith.

So…even though the truth is under attack from all sides in these confusing and embroiled times, we must keep our eyes on the prize…what is the prize?  A life lived in union with God, a life that makes a difference, a life…that moves the world…amen

Photo by Chris Chan on Unsplash